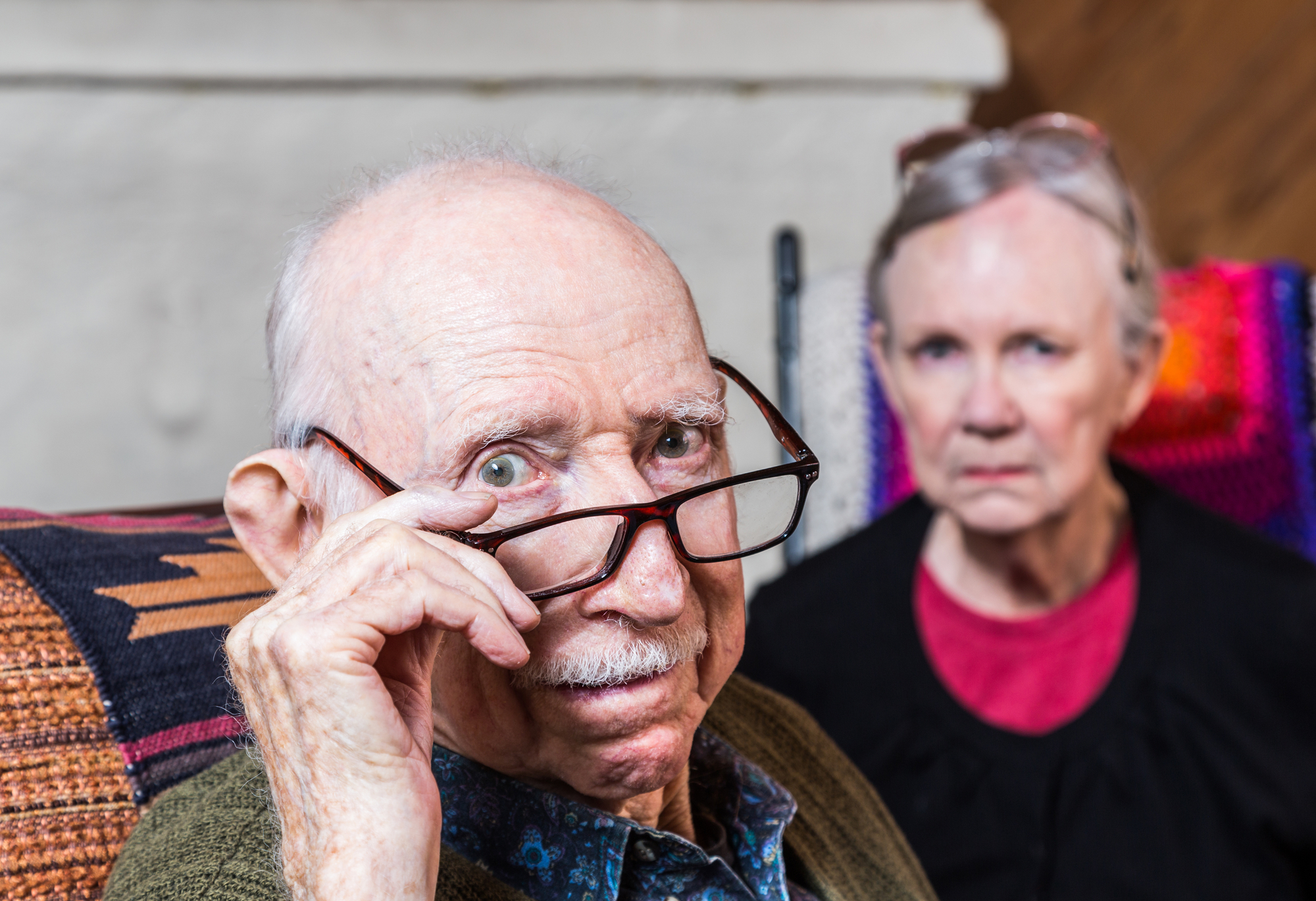 In another article we discussed many of the various ways that scammers and con artists will try to commit financial abuse against seniors. Unfortunately, we are not done yet. This article is going to focus on one common method that scammers use to defraud unsuspecting elders, and that method is through selling them bogus items. This type of scam is sometimes known as the “Rock-in-a-box” scam. As an example, say someone is trying to talk an older person into paying for a really great television for a ridiculously low price. When the deal is struck and money exchanged, the older person looks inside the box. However, instead of a brand-new television, like they were hoping, they are instead greeted by the sight of a box full of rocks or other trash; perhaps there is a knock-off tv in the box. Either way, the senior did not get what they bargained for.

As a refresher, you should know that this type of practice—selling counterfeit goods—is illegal. It is form of trademark infringement, and the act of selling lookalike goods or services that bear fake trademarks is illegal in the United States.

Many illegal distributors of fake goods are caught as a result of online sales (as an example, eBay has great anti-counterfeiting rules and will ban violators), or because someone (normally a disgruntled customer or competitor) reports them. Trademark owners may go after them and may try to make an example of them. Some scammers may get away with it for a while, but once they are discovered, they can face consequences.

The answers to trademark counterfeiting under the Lanham Act are much more severe than those for traditional trademark infringement. Unless a court is able to find mitigating circumstances, intentionally using a counterfeit mark (and related behaviors) can lead to an award of three times the profits or damages (whichever is greater), plus reasonable attorney’s fees.

In the same way, an Internet Service Provider (ISP) that hosted several websites that were selling fake Louis Vuitton merchandise could be liable for contributory infringement.

Selling fake goods to people who were brought up to expect the best of everyone (and selling to the public in general) is an unfortunate crime, but it can be preventable. Remember that if something sounds too good to be true, it most likely is.

It is best to ignore fake merchandise altogether, and just use your better judgment when considering purchasing from unknown sellers.