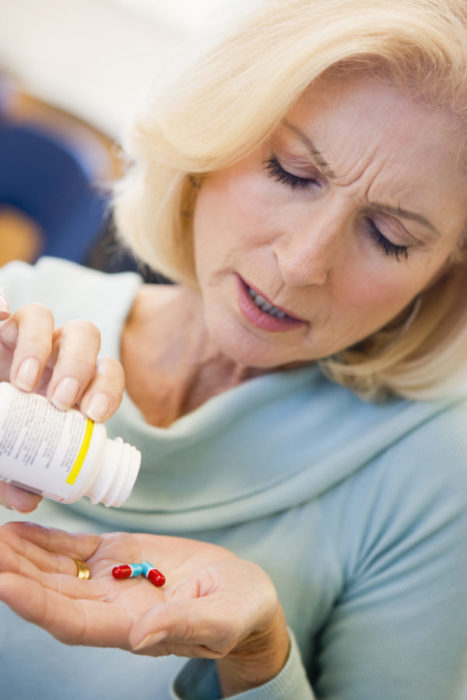 When many people think of things like alcohol and drug abuse, their minds often flock to images of teenagers or young adults. The truth is, however, that anyone can have struggles with these things, regardless of their age, and the number of older adults who struggle with alcohol and prescription drug abuse is continuing to climb. The results of a survey done by SAMHASA on Drug Use and Health suggests that as many as 4.4 million elderly people may need substance abuse treatment by 2020. In the realm of illicit drug abuse, 1.4 million people reported a problem with it. The most common drug was marijuana, with prescription drugs coming in second, followed by Cocaine. These statistics will continue to change as marijuana becomes further legalized, but prescription drug abuse and the opioid epidemic are still major issues.

Now that you’ve seen the statistics, let’s see why this is happening.

A lot of elderly adults have prescriptions for medications and many over-the-counter medications as well. Unfortunately, these drugs are not always used as they should be. However, it’s not uncommon for the misuse to sometimes be accidental. Accident or not, that doesn’t make it any less dangerous, for example, as many cough and cold medicines are very dangerous if mixed with certain prescription drugs and OTC drugs. Many times, this innocent misuse can result in visits to the E.R. as a result of dangerous and serious reactions to mixing drugs and accidentally overdosing on OTC medications. Some reactions may even cause the elderly to lose coordination and break already weakened bones and hips.

Most everyone knows that mixing alcohol with prescription medications or other substances may be dangerous and even deadly. As we get older, tolerance levels for alcohol decrease, making even just a couple drinks two too many, and mixing in potent drugs or meds can be especially dangerous.

Also something to be aware of: if an older person has a history of either drug or substance abuse during their life, then their risk of mental illness also increases as they age. A co-occurring psychiatric illness such as depression is incredibly common in older adults if they have substance issues or alcohol addiction.

So what can be done for them? Substance abuse treatment is often needed in these kinds of situations; however it normally goes untreated. It’s also important for them to receive treatment for not only their substance abuse, but their depression too. At times, someone may abuse drugs or alcohol as a result of dealing or coping with the depression; treating both issues is then necessary for their recovery from substance use and abuse.

Treatments for both situations may vary depending on the reasons the abuse is occurring. If the person has a history of abuse, treatment has to focus on the chronic abuse too. If it is happening because of depression, the treatment has to focus on helping relieve the depression in addition to the drug or alcohol addiction. Detox treatments may be needed as well if the dependency on drugs and alcohol is very severe. Medically assisted detoxification is required then due to the serious and dangerous symptoms of withdrawal, as well as other medical issues in older persons.

Medications may also be needed to treat depression in seniors who are recovering from substance or alcohol abuse. Since memory is often problematic in the elderly, individualized therapy may also be necessary, dependent upon the circumstances. It’s also important to note that without both effective and professional treatment, the risks of drug overdose and mental disorders resulting from substance abuse and alcohol use increase, regardless of age. However, the risks are greater with age.

If you or a loved one needs help with alcohol or substance abuse, you can go to www.addictionsearch.com, and look for treatment centers in your state and area.